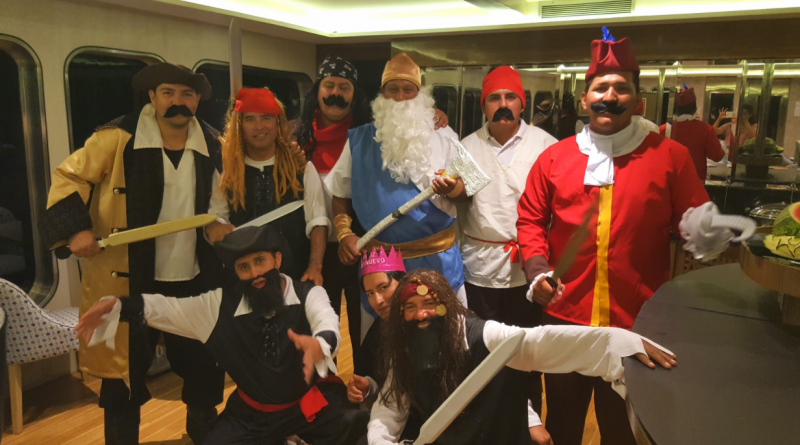 The crew in Neptune crossing garb

During your Galapagos cruise vacation, celebrate with us one of the most jovial traditions in the equatorial islands – crossing the equator with a King Neptune party!  The ceremony is offered on our Itinerary B route only, when we cross the Equator to the Western Islands.

It is believed that this Navy tradition started around 400 years ago, and began as a fun way to celebrate a sailor crossing the equator for the first time. Cruise ships have since adopted the ritual, and as you can see, our crew loves putting on a show for our guests! 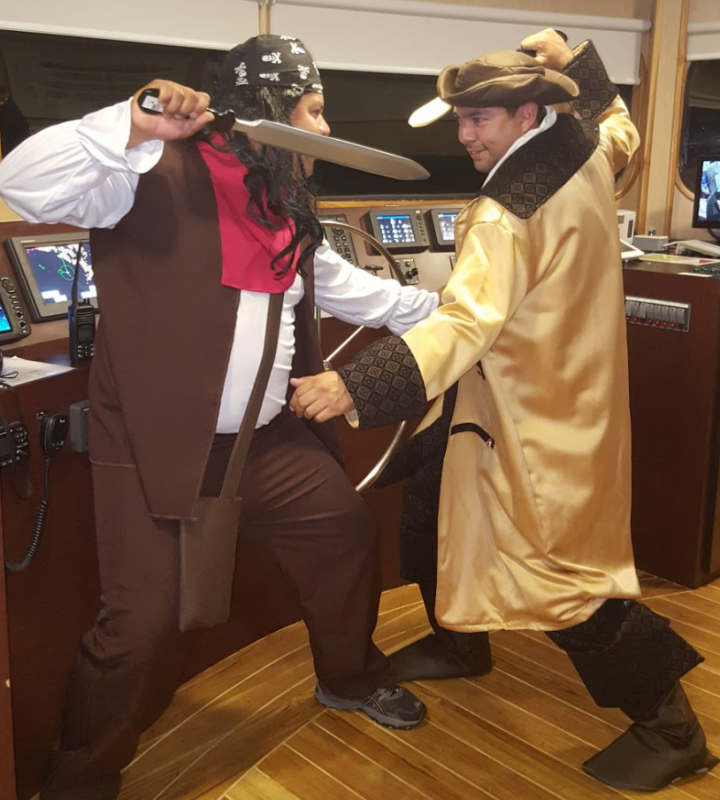 The crew will dress up as pirates and come out to surprise our guests, usually before or after dinner, banging pots and pans and causing an uproar. That’s how you know the fun is just getting started!

King Neptune (usually played by the captain of the ship) comes out in a flurry of anger that the ship has crossed the equator line without his permission. His demands are simple: the guests must act like blue-footed boobies, and drink iguana blood (don’t worry, it’s just juice!) to atone for their crimes against the sea god.

Neptune is often joined by his wife Queen Amphitrite (or one of the crew dressed in drag), Davey Jones, and his crew of pirates. This silly spectacle always brings lots of laughter and everyone can join in on the fun. You may even be invited to dress up as pirates with the crew! 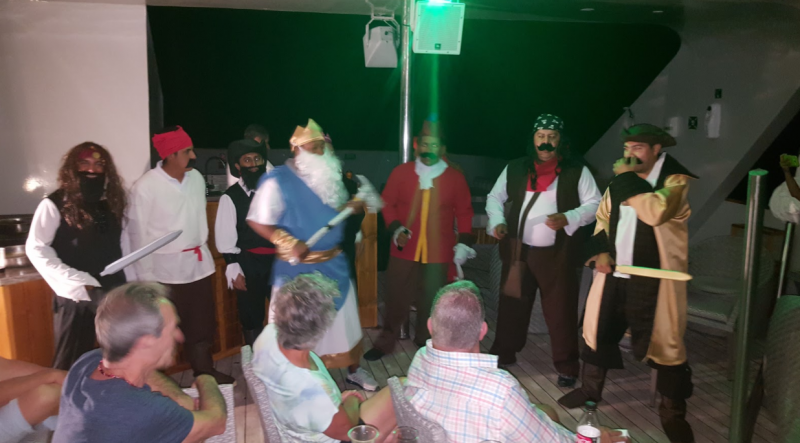 Here are some fun facts about the tradition of ‘Crossing the Line’:

Kick up your heels on your Galapagos vacation with our crew as we celebrate this time-honored tradition. You can learn more about the specifics on each itinerary on our website, as well as the different activities we offer. On behalf of King Neptune, we can’t wait for you to join us on board!

We would like to share several videos with you as well, so you can see how much fun we have on board with our crew and guests!!