After 33 years Wolf Volcano, the highest volcano in the Galapagos and home to the only population of pink iguanas in the world erupted. For those guests and crew who were in the Galapagos when it happened, and were able to view the activity from the Ecoventura yachts, this will be a moment they will never forget. 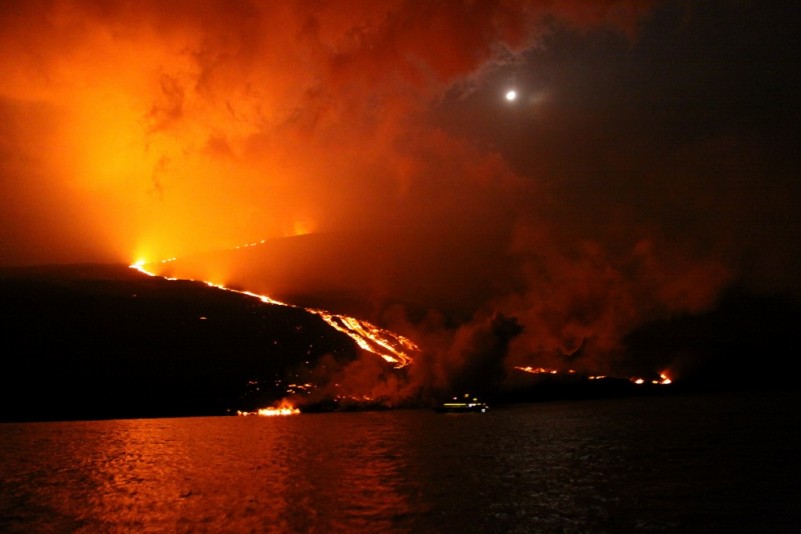 The Galapagos remains one of the most volcanically active regions in the world. Wolf Volcano is 5,800 feet (1,707 meters) above sea level located on Isabela Island, and last eruption in 1982.

The recent eruption caused smoke to travel more than six miles into the air. The visibility surrounding the volcano was low due to the ash and large mushroom cloud that formed around the cone. As the smoke settles, the National Park is able to determine what has been affected due to the eruption. 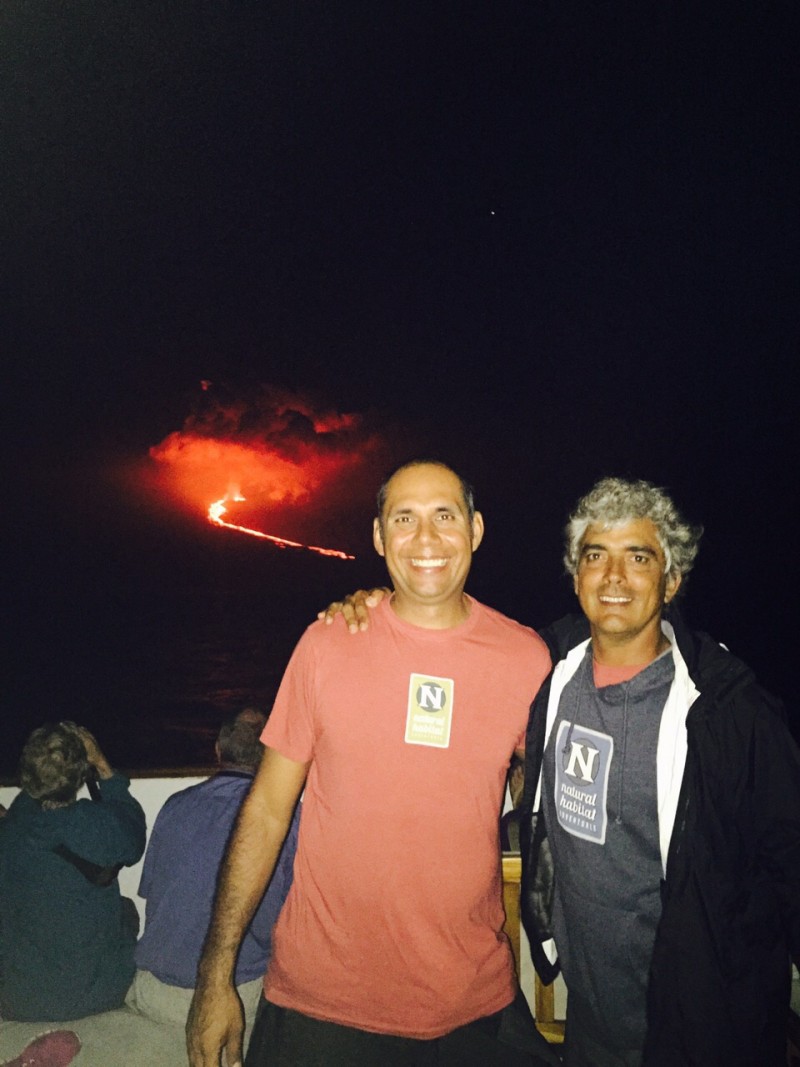 Since the lava flow has been moving southeast, the park doesn’t expect the animals to be affected. If the lava flowed in a different direction all of the hard work that the park and individuals have put in over the years to restore and revive the island could have been threatened. 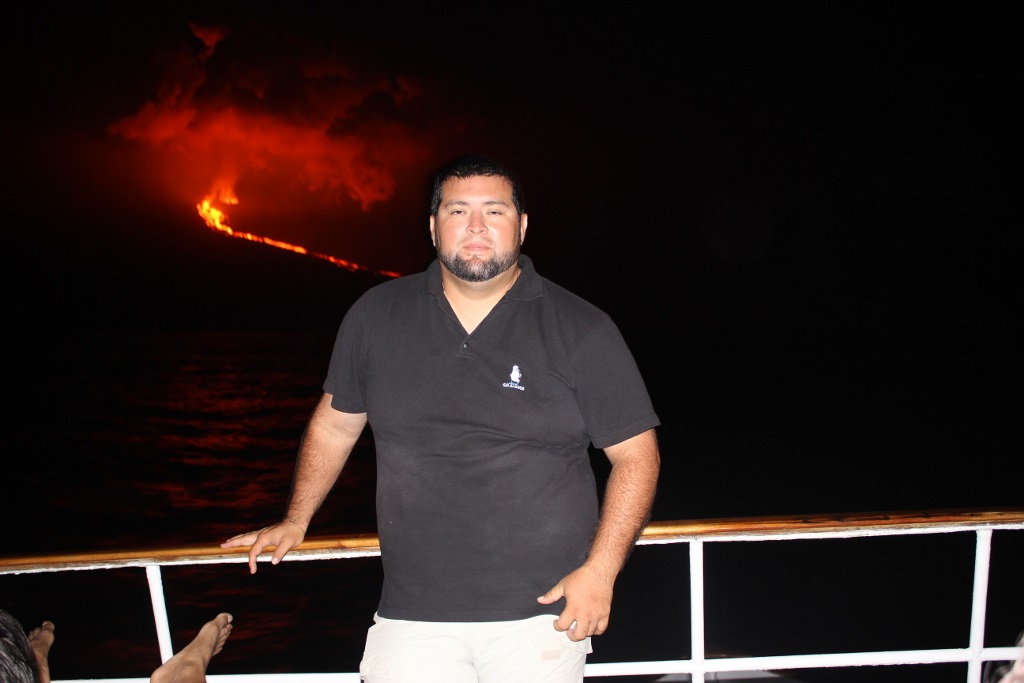 Due to the location of the volcano and it not being close to a populated area or visitor site, no humans (locals and visitors alike) were at risk from the eruption, the Galapagos National Park has stated. of course, Ecoventura took precautions with all of our guests who were on board that week.   If you have any questions or concerns about an upcoming cruise, please do contact us. 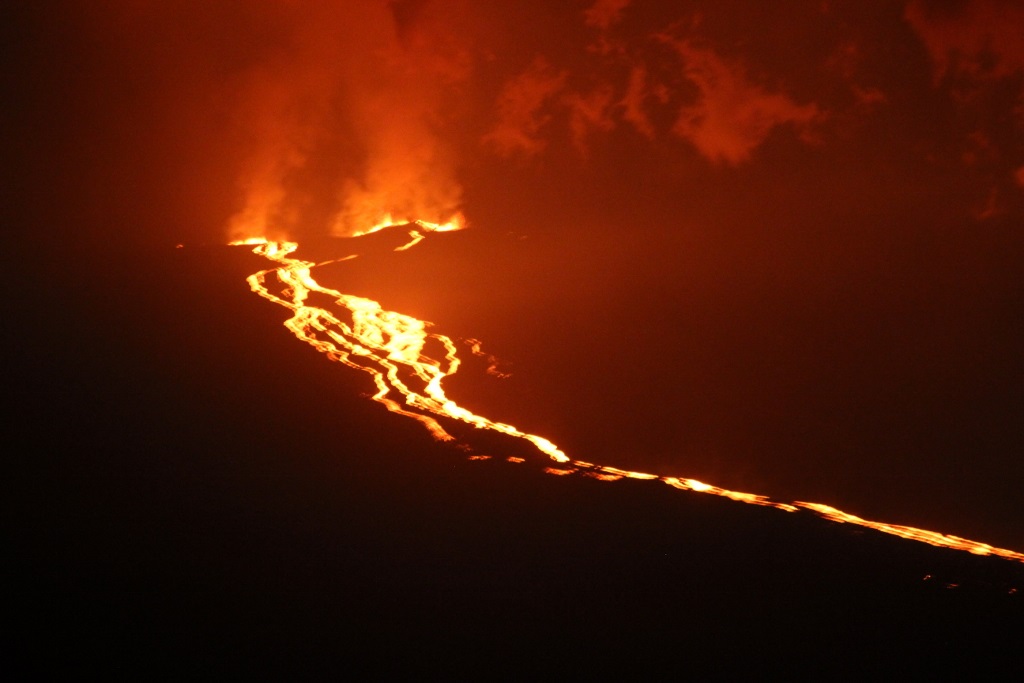 Our guides and crew are keeping us up to date with photos and videos they have collected. As we hear new information on how this eruption affects the Galapagos wildlife and ecosystem we will keep you updated.

Thank you to Ivan Lopez (I-lo) for sharing his images with us.